Chile brings together world-class snow destinations that are key businesses for tourism and an industry of great relevance for the country's economy. Annually the country receives almost one and a half million visitors to its ski centres such as Portillo, the oldest ski area in South America.

In order to ensure ideal ski conditions on many of the resort’s intermediate slopes at times of lower than average snowfall, Ski Portillo has had to complement natural snowfall with sufficient man-made snow to cover nine snow tracks over an area of 10 hectares. During the 2019 season, a new snowmaking system was installed comprising 25 snow cannons positioned throughout slopes. These are powered by a bank of four skid-mounted Atlas Copco QAS 630 generators, housed in a plant room adjacent to the main complex. 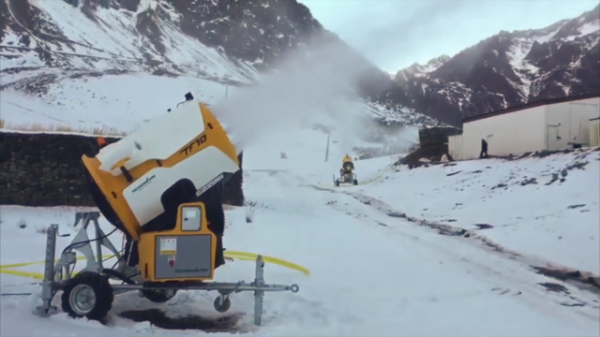 As a result, snowmaking capacity has been boosted to five times that of the previous season and it is now possible to create up to 16 inches of new snow over a 70-hour time period, with equipment functioning day and night if the ambient temperatures will allow.

Snow cannons require two climatic variables for their operation, a specific environmental temperature and a percentage of air humidity. When the system detects these conditions, the snow generation cycle starts up gradually. Whether it is to run for just a couple of hours or operate a full 24/7 session, it relies 100% on the power supply from the QAS machines as a single source of energy.

The new system is fully automated which allows maintenance teams to control and monitor the status of each machine at all times – even from a smart phone. The system is a combination of mobile and fixed machines, which allows uniform coverage of the slopes and the ability to move the machines as needed.

Each of the four QAS 630 plug-and-play generators delivers 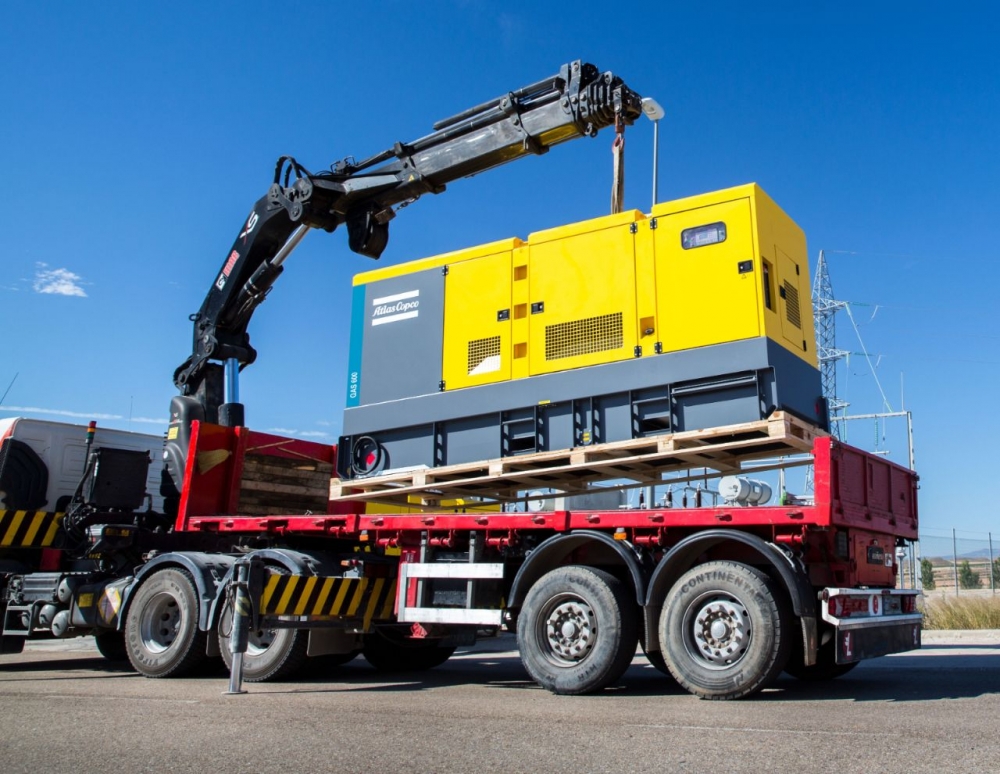 630kVA/500kW of prime power at 50Hz and offers a combination of reliable engine power, compact design, 500-hour minimum maintenance intervals, simple paralleling and long service life. All QAS generators incorporate dual stage filtration with a safety cartridge and dual stage air cleaning. This centrifugal dust separation unit, together with the heavy-duty filtration system, helps to prolong the generators’ life. Although in the Portillo application the generators are protected by a plant room environment, they are essentially designed to survive extreme outdoor conditions. Units are fully protected by heavy duty, weatherproof, enclosures which feature an integrated door sealing system comprising a unique foam and seal layering structure to ensures water-tightness and improved sound attenuation. The QAS machine’s anti-rust canopy has a unique “no weld” corner design to eliminate traditional rusting spots. Furthermore, the spillage-free frame that is standard across all QAS models helps to minimise environmental impact.

A major feature of each of the QAS 630 units is a controller equipped with an energy management system to optimise fuel consumption and extend the useful life of multiple generators when they run in parallel to form a mobile or independent power plant.

The generators at the Portillo site incorporate Atlas Copco’s Power Management System (PMS). It is an innovative feature that manages the four generators running in parallel with load demand, starting and stopping units in line with increases or decreases in load. In this way, the load on each generator remains at a level which optimises fuel consumption and eliminates the need to run with low load levels, a situation which can cause engine damage and shorten the life expectancy of the equipment.

We managed to demonstrate to the customer that, considering the snow cannons have a demand for energy that varies over time, a configuration of four QAS 630 generators with PMS power management system is more efficient than two 1000 kVA units or a single 2000 kVA generators, which is what was initially requested

López also confirms other factors which influenced the decision in favour of the Atlas Copco solution. The most relevant was the compact dimensions of the generator equipment – 20% smaller than other equivalent designs – that allowed it to be accommodated within an existing building.
Additionally, simple installation and AOP configurable control plus user friendly operation were key features. So too was Atlas Copco’s role in providing a basic engineering study to assist in sourcing other essential components for the snow generation power network.

But there was an additional bonus to be derived from the QAS installation at the resort. The Hotel Portillo operates at peak hours during the winter months. So, every day for six months a year it disconnects from the normal electricity network at 5:45 p.m. until 11:10 p.m. and meets all its energy needs by using the generator sets as the sole source of electrical power.