ZenergiZe range, your clean and quiet source of energy
Contact Us

The new ZenergiZe range from Atlas Copco takes modular energy storage to a new level. Developed with sustainability in mind, it helps operators to dramatically reduce their fuel consumption and CO2 emissions, while delivering optimal performance with zero noise and virtually no maintenance.

Leveraging the benefits of high-density lithium-ion batteries, the ZenergiZe units are compact and light compared to traditional alternatives, yet capable of providing over 12 hours of power with a single charge. They can serve as the primary source of power and, alternatively, they can be combined with a generator to enable smart load management.

These Energy Storage Systems are ideally suited for noise-sensitive environments, such as event or metropolitan construction sites, telecoms, or rental applications, to resolve low load problems and storage renewable energy. Also, the large ZenergiZe units can work in parallel with other Energy Storage Systems and become the 'brain' of a microgrid. 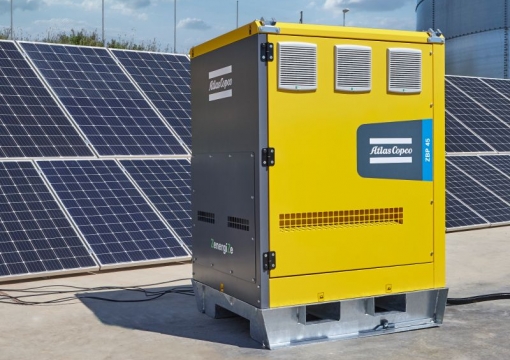 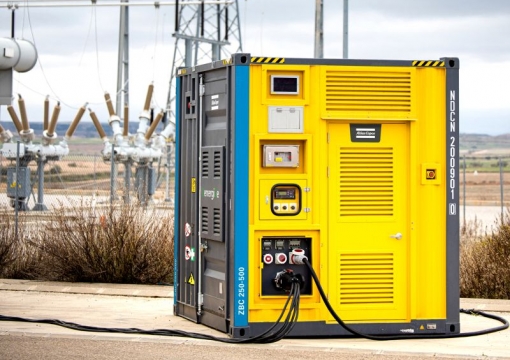 When the Zenergize is used as a standalone source of power and charged by a renewable energy source, it produces zero CO2 emissions.

Unlike generator-powered solutions where the sound of the engine is impossible to eliminate, batteries operate silently.

When the ZenergiZe operates in island mode and it's powered by renewable sources, there is no fuel consumption.

What is a battery energy storage system?

Battery Energy Storage Systems are a simpler way to capture and store energy for its later use. They are not typically used to replace grid power completely. Instead, they often offer short-term solutions in applications where there is no access to grid power. Energy storage systems can also replace generators when they are unsuitable due to noise or pollution concerns. They also work with renewable sources of energy, such as solar panels.

How does a battery energy storage system work?

What are the advantages of energy storage systems?

Lithium-ion batteries enable a new level of sustainability, flexibility and usability, without compromising in power. They are an ideal solution for small businesses with a need for smart power management and for large applications with multiple units. In both cases, they increase the efficiency and often reduce emissions. The fact that Energy Storage Systems have two operating modes (island and hybrid mode) allows the end-user to address any peaks in demands. Their versatility translates into a profitable solution with a low Total Cost of Ownership.

What are the applications of energy storage systems?